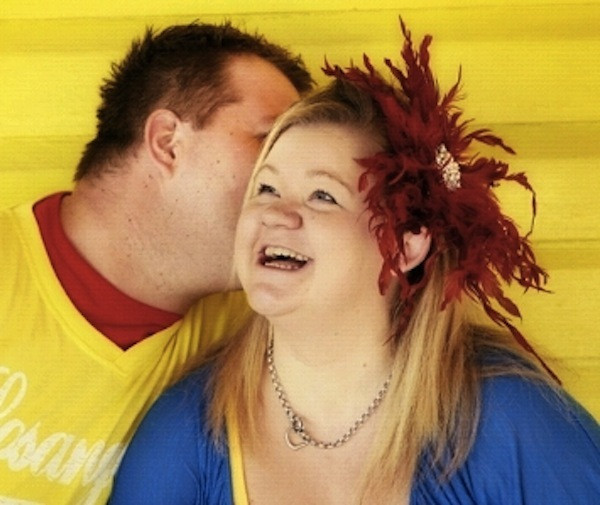 This week Media Messages Accounts Manager, Amanda Nolan, found herself behind a microphone instead of behind a desk. No she hasn’t swapped her number crunching duties for that of a voiceover queen- but her and her fiancé Paul Firth were shocked to find out they had beaten out all other Gold Coast couples to be the final two battling it out for Sea FM’s Shedding for the Wedding Competition.

Last week on one of Amanda’s “Why not” whims she entered the Sea FM competition when plucky breakfast radio trio Galey, Baggs and Charli put the call out for two couples to compete as they ‘Shed before they wed’. The competition involves two engaged couples going head to head, kilo against kilo, to lose the most weight before their 3 week wedding day deadline. The couple that lose the most weight win an all expenses paid wedding, reception and honeymoon at the Watermark Hotel and Spa Gold Coast.

While it’s literally a once in a lifetime prize up for grabs, Amanda who has been engaged to Paul for 6 years thought that if they were a finalist it would be a great chance for the busy pair to shed their “combined” baby weight and be fit and healthy role models for their 2 year old son Lincoln.

At the start of the week Amanda and Paul were shortlisted as the final three couples before it was announced that Team Firth were in the final two. Amanda may be expert in sorting out the accounts for on hold messages, but there will be no holding back for this competition- it’s game on!

As a vital team member to the growing success of Media Messages, all the team are behind Amanda and Paul 100% as they count the calories and push their bodies to the limit. With the team giving motivational support and the Lady Jane Trainers taking the reins with healthy eating advice and personal training, both Amanda and Paul are giving this competition their all to be the lightest couple walking down the aisle in 3 weeks time.

This entry was posted in Staff and tagged messages on hold, radio, SeaFM, staff. Bookmark the permalink.