23 True Facts to Make You Smile 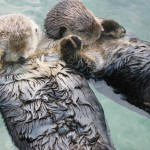 1. Otters hold hands while sleeping so they don't drift apart.

2. The country of Norway once knighted a penguin.

3. People blind from birth still know how to smile even though they have never seen anyone do it. Its just a natural instint. 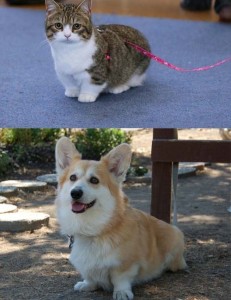 4. There is a corgi (short legged dog) type of cat as well. Its called a munchkin.

5. The voice over actors for Mickey and Minnie Mouse got married in real life. 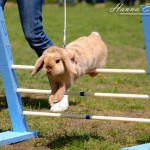 8. Gene Cernan, the latest man to walk on the moon, promised his daughter that he would write her initials there. This means that "TDC" will be written there for thousands of years.

9. If you fake laugh for long enough, you actually start to laugh for reals.

11. When you were born, for a very short amount of time you were the youngest person on the planet. 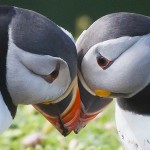 13. When you cuddle with people, it releases a chemical called oxytocin, which actually helps heal physical wounds.

14. According to scientists at Northampton University, cows have best friends, and stress out when they are away from each other.

15. Turtles can breathe through their butts.

16. Alexander Graham Bell originally wanted people to greet each other with ahoy when answering his new invention the telephone. Luckily it never really caught on.

18. Thousands of new trees are planted each year by squirrels who forget where they hid their nuts.

19. Police in Indiana once tried and convicted a monkey of smoking a cigarette. 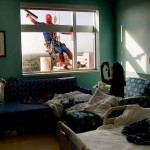 20. Worms communicate with each other by snuggling.

21. Butterflies taste with their feet.

22. A group of friendly window washers working at a childrens hospital randomly dress up as superheros while cleaning the kids windows.

23. Somewhere in the world: an orangutang just became best friends with a dog, a baby just discovered bubbles for the first time, somewhere someone is having the best day of their lives, and someone is pushing a door that says pull.

Everyone needs a good laugh every now and then, and at Media Messages we are exactly the same. Thats why we give our creative team free reign when it comes to writing your on hold message scripts, they are able to craft any style of on hold message you like, from corporate to fun, and everything in between. Check out some of our samples of the work we have done for customers, chances are they is an industry similar to yours there so you can hear the different approaches we have taken to businesses similar to yours.

This entry was posted in Media Messages, On Hold Messages, Voice Artists. Bookmark the permalink.