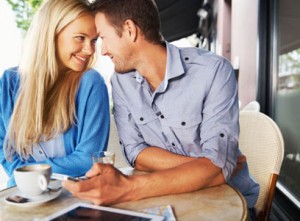 On the day after Valentine’s Day, we thought we would share an article about love, social love that is. And according to Mashable.com, based on the way you interact on your Facebook timeline, Google can usually predict when you are able to change your social relationship status.

That’s right, us humans are so God damn predictable it is not funny. According to the site, Facebook has released statistics on how couples tend to behave just prior to announcing to the world that they are officially ‘in a relationship’.

Apparently, there is roughly a three-month period where we are engaging with our new love, but before it becomes official. Facebook statistics show that during this period, there is a steady increase in the number of posts, pics and comments shared between the two loves – and then when it is officially announced, the lovebirds tend to back off on the posts (presumably spending real time with each other).

And while the post sharing and commenting may decline, the nature of what is shared is generally much sweeter and lovey-dovey than those beforehand.

And we’re pretty sure that Facebook also has some insight as to when a couple may call it quits or when it becomes a “a little more complicated’.

It’s quite crazy when you think about it, how much we do actually share on social media, so much so, that one of the big operators can even use their statistics to socially analyse how we interact in a romantic relationship. Imagine all the other information Facebook is privy to, based on what we share online.

Facebook for Business
It goes to show, that there is a community on Facebook, and love it or hate it, there is substantial value in having some sort of presence online – at the very least, it is a way for businesses to engage with their customers and get to know their wants, needs and desires.

If you already have a business Facebook page, and want your customers to fall in love with you, then get the romance started with some professional audio advertising. Media Messages can devise a professional and entertaining audio production specifically for you to share on Facebook. Call us today for more information.